Designing a kitchen island with a hob 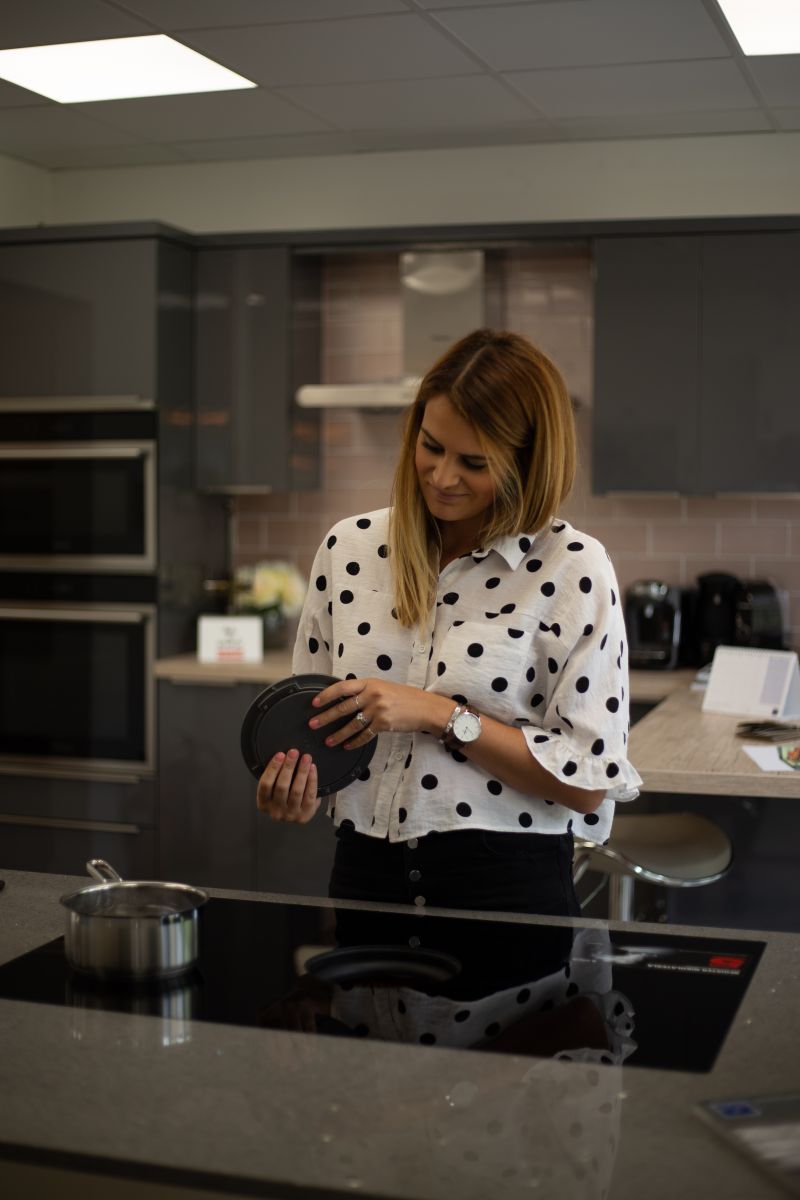 When I was asked if I’d like to visit a showroom to view the new Elica Tesla Switch induction hob I had no idea it would be quite so interesting.

I’ve had my head turned 360 degrees. And in the process, I’ve learned a lot.

As part of their 2019 campaigns showcasing the induction hobs, Elica are offering £100 cashback when you order the Tesla Switch induction hob from 1st September 2019 to 30th November 2019. Click here to find all the details.

For someone doing a refurb, a self-build, or looking for a kitchen for a new build purchase, listen up, this is quite an innovation in design for the world of extraction.

I have a range style hob and oven in my own kitchen – all in one, and it suits that space, but should my own setting be any different there certainly a whole new world to explore nowadays.

The concept of downward extraction is pretty clever, it feels somewhat strange that it’s a relatively new concept. I guess the theory of rising hot air means above extraction was the obvious solution. We’re moving our living spaces to open plan, opening up spaces, removing internal walls and bringing in as much light as possible. French doors, bi fold doors, crittle effect doors and picture windows, you name it we’re opening up.

Top of the list of for so many of my clients when they approach me looking for help with a new kitchen is an island. The sociable area for homework, drinks with friends and dinner parties appeals to modern living, but the tradition extractor becomes a problem for open space living – and cooking on the island.

Islands designed in the last 3-5 years might benefit from the built-in separate extractor, one which is raised in the island to stand significantly, proud. It also acts a total social barrier doing the exact opposite to the whole point of an island. Not to mention the island storage space that is lost. The other option is to build something above to hold a more traditional extractor, but it all misses the whole point of open plan living.

The Elica Tesla Switch has gone one step further than the downward extractors released in recent years. Available with ducts or recirculating, the new model comes with incredible efficiency, and powerful extraction. You can actually see the steam being pulled downwards into the central filter, removing the odours from the kitchen or living area. Even the recirculating system (filtering the air into the vent below rather than externally, in case you wondered) boasts an 82% efficiency – (external would be 100%) which is pretty good going for that system.

You can see the Switch in action here:

So in our house, if we’d decided to ditch the traditional one we have, in the current position we’d need a recirculating system – it’s a solid floor and the cooker isn’t positioned next to an external wall – that’s why Elica have the two options.

Even the filter systems have been further developed in the latest models. Ceramic filters can be cleaned at home, last 5 years and give better odour control than traditional carbon filters (typically replaced every 12 months). They’re easy to get out, clean and pop back in – honestly, I’m an induction convert!

And get this, the LIBRA model has built in scales, so you don’t actually need to measure cooking ingredients, it tells you how much you’ve added – that’s pretty clever right? I’m a total free pourer and that would have saved many meals that I’ve prepared trust me!

The advertising campaign features the 'turning ideas on their head' it's a great piece of creative:

So, in summary - if you're doing a refurb for or designing a kitchen space, open plan living and kitchen islands are sociable and convenient. The Switch with its downward extraction shouldn't be over looked - pop into a showroom and ask for a demonstration - you're sure to be impressed!